This Month in Rust OSDev: December 2022

In this section, we collect recent updates to rustc, cargo, and other tooling that are relevant to Rust OS development.

This Rust language proposal suggests to create a new extern "interop" ABI as a strict superset of the C ABI. The goal of this new ABI is to "define a standard way to make calls across high-level languages, passing high-level data types, without dropping to the lowest common denominator of C". For example, it will define a specific memory representation for strings, tuples, and common standard library types such as Option and Result.

This new ABI would be very useful for operating system development because there are often multiple executables that need to communicate with each other using a stable ABI. For example, user-space programs communicate with the kernel using system calls, and with other programs using different forms of inter-process communication. With new extern "interop" ABI, these communication boundaries could use safe, higher-level types when both sides are written in Rust.

On no_std targets, enabling alloc requires providing an OOM (out-of-memory) handler. The usual implementation of this handler just panics, but implementing the handler requires an unstable feature: alloc_error_handler. The newly-stabilized default_alloc_error_handler automatically provides an OOM handler that panics if no custom handler is implemented. This is an important step towards using some targets on the stable channel.

Thanks to @veluca93, @phip1611, and @raccog for their contributions!

We merged the following changes in December:

Thanks to @TornaxO7 for their contribution!

No tasks were proposed for this section this month.

Theseus is a safe-language OS written from scratch in Rust that is in the midst of a shift from academic research to usability and legacy compatibility. Theseus loads and links all components at runtime, and executes everything at a single privilege level in a single address space, relying on Rust safety for isolation and correctness.

As a fully open-source project, we welcome and encourage contributions from everyone!

Since our last update here a few months ago, we have worked on the following things:

Check out the Theseus OS blog for more.

This month, Aero successfully managed to get mesa-demos and alacritty running. 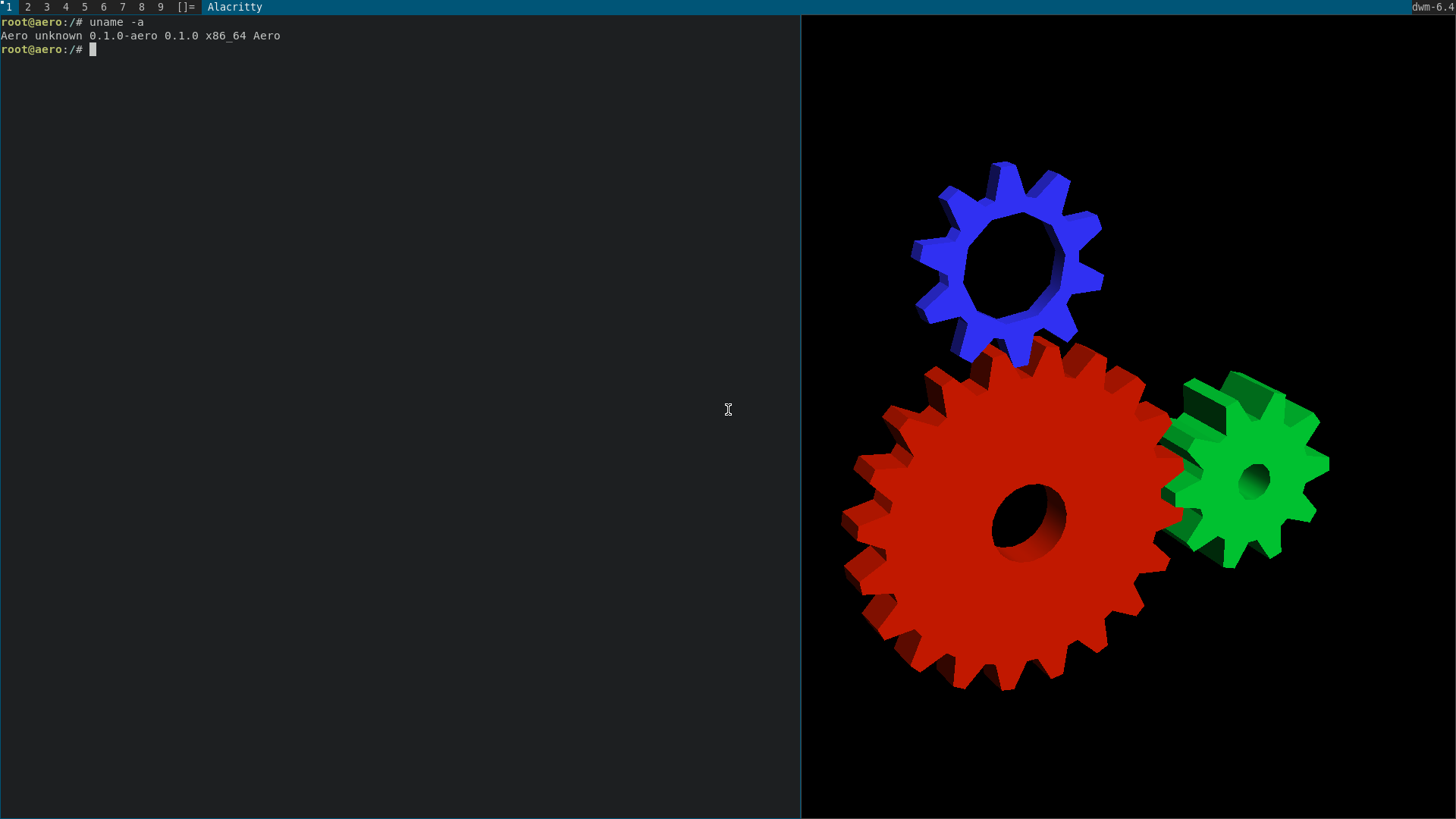 In addition, deps.sh script was added to automate the process of installing the required dependencies on the host to build the sysroot.

We merged the following changes to the Writing an OS in Rust blog in the past two months: